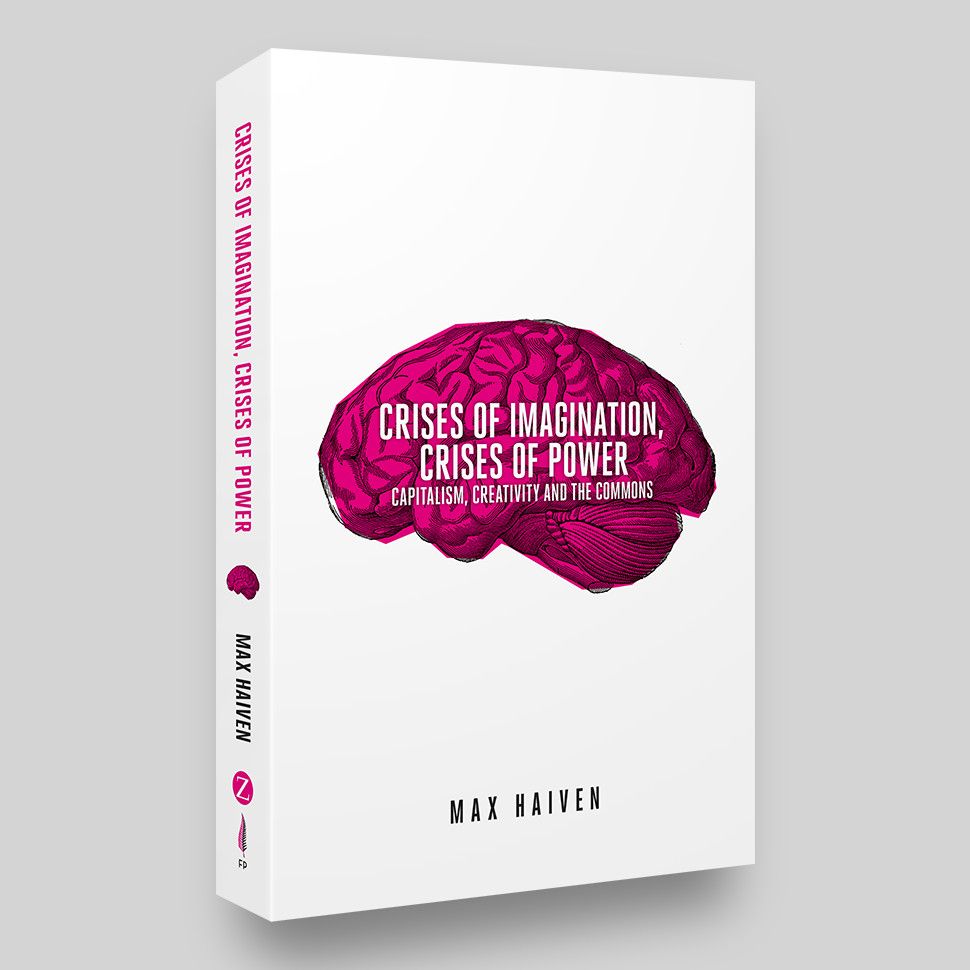 I’m really satisfied with the outcome for this one and it was an interesting title to work on. The brief was very open, as the book covered so many topics, in some cases this can prove harder than a tight brief. However, I managed to narrow it down to a few concepts and supplied a number of visuals which I would have been keen to progress into the final sleeve. In the end I was really happy the publishers wanted to go with this one.

The end cover was very similar to the initial visual. We did explore a few avenues with handwritten type and various layout options, but in the end there was only a change to the typeface and a few tweaks to the subtitle. The brain image is from an old medical illustration, which I’ve been desperate to use, with the magenta block colour placed over the top.

The book encompasses debates in political economy, social movements, history, arts and culture. The author, Max Haiven, argues that capitalism has colonized our understanding and appreciation of what is valuable and that creating anti-capitalist commons is the key to survival. Crucial reading for all those questioning the imposition of austerity and hoping for a future beyond immiseration.