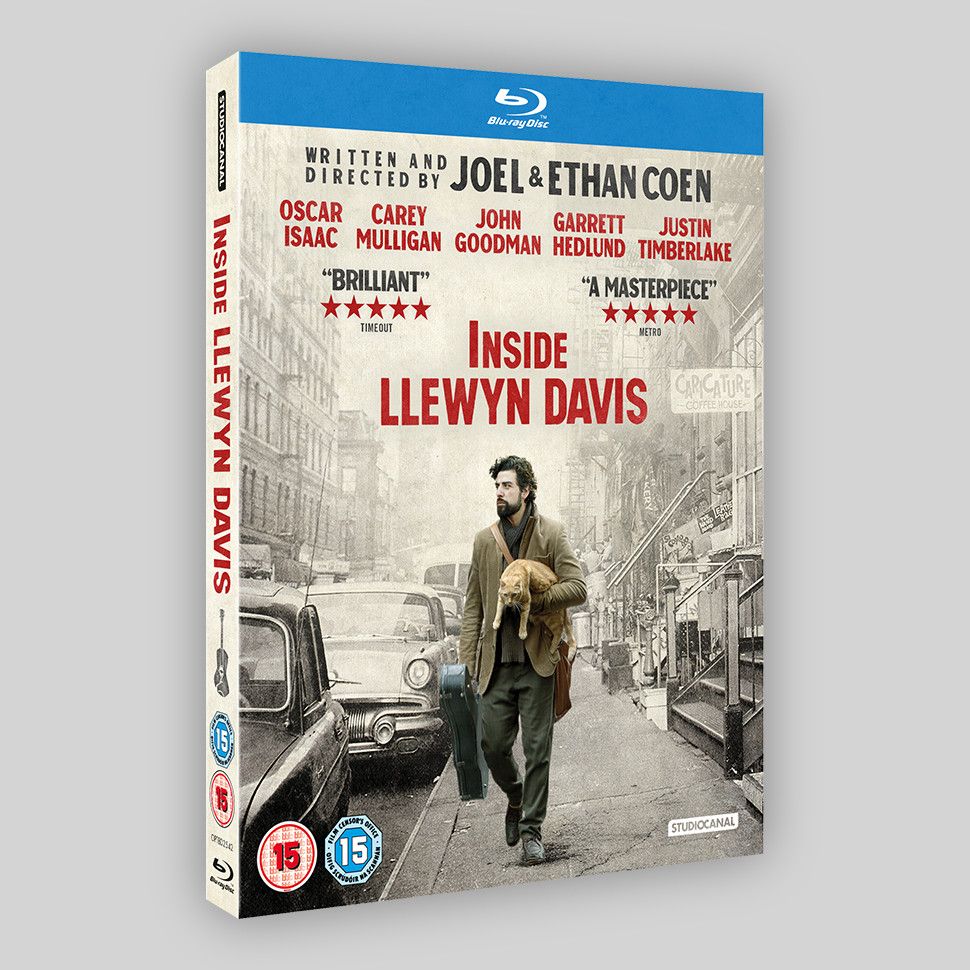 It’s been a while in the ‘making’, but the artwork for Inside Llewyn Davis was finally uploaded last week!

I started working on this back in December last year, just as the film was on general release, but it was genuinely one of those really nice projects to get involved with. A Coen Brothers film, it follows a struggling folk musician in 1960’s New York, it’s beautifully shot with a great soundtrack. The artwork was based on the original theatrical artwork and progressed into a range of sleeve options. The final design wasn’t finalised until pretty late in the process, moving away from the original cropped image, the original pale blue swapped for a red and the original textures lightened to brighten the sleeve.

The design was applied to a number of formats; BD, DVD (both with O-ring and rental versions) and a taco. It’s released through StudioCanal on May 26th 2014.