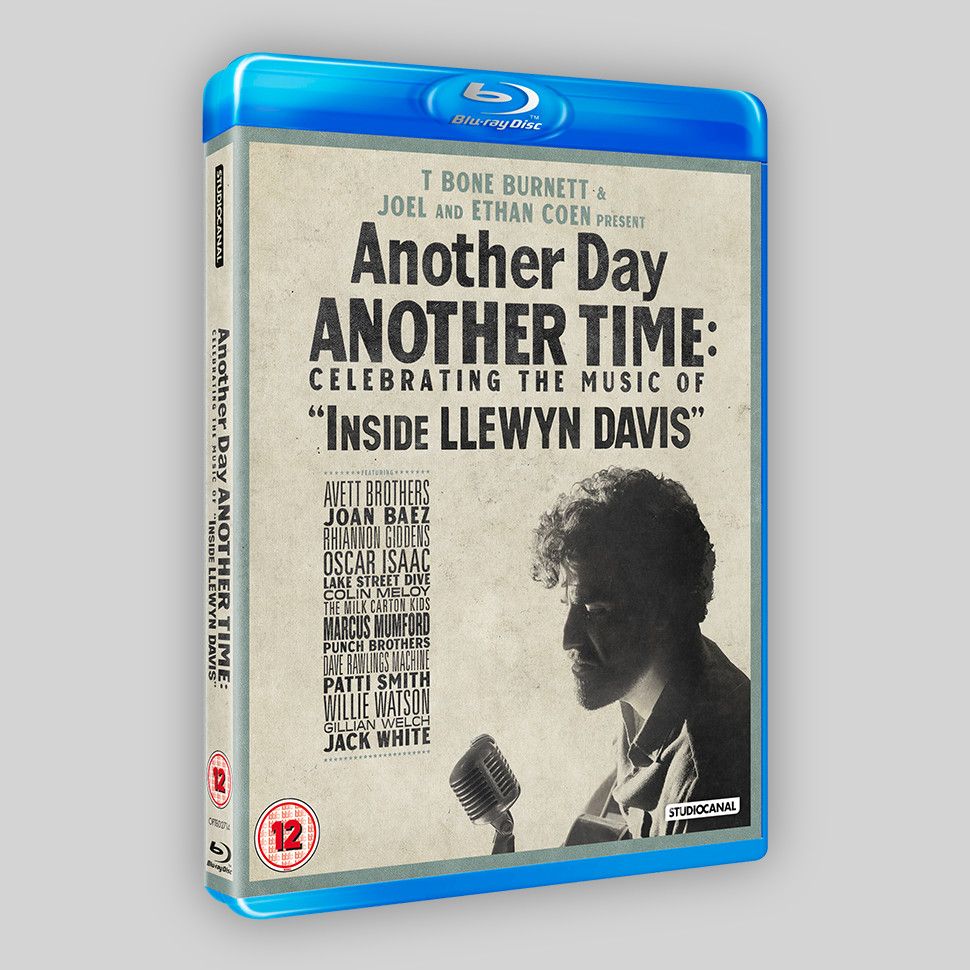 Another Day, Another Time was sent to press this week, following hot on the heels of Inside Llewyn Davis. The design was based on supplied artwork, adapted to more closely follow the ILD’s original theatrical artwork and developed for both BD and DVD.

This is a film celebrating the music of Inside Llewyn Davis and other songs from the early 1960s folk scene, and features artists such as Marcus Mumford, Jack White, Joan Baez as well as Oscar Isaac, who played Llewyn Davis in the film.

The release coincides with Inside Llewyn Davis and is available from May 26th.