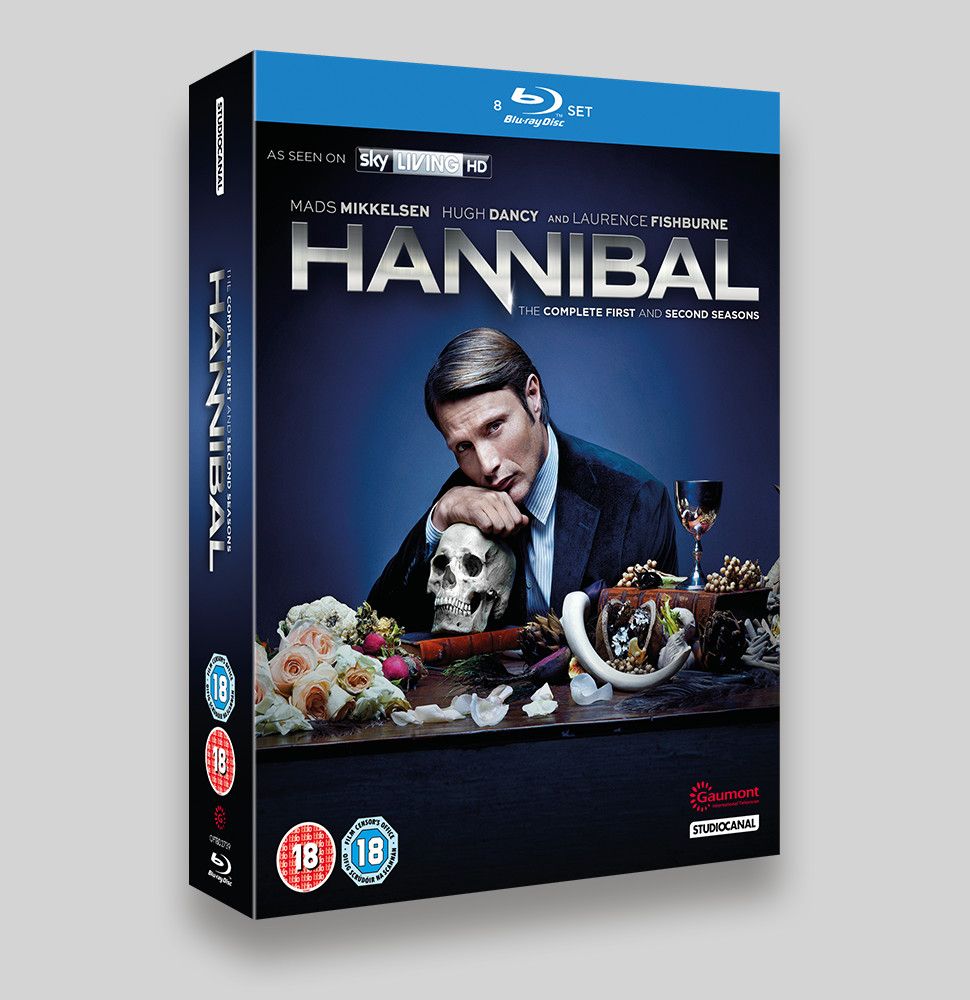 Following on from Hannibal Season 2, I’ve recently completed the box set packaging for Hannibal The Complete First and Second Seasons on Blu-ray and DVD.

I had originally created a number of different visuals for the outer slipcases, as well as using some shots from the original promotional photo shoot, I tried to feature the art from the season 1 with the art from season 2. The photo shoot images were the strongest and the image of Hannibal with the skull was chosen – I think this best visually represents the series so far.

The box sets contain the original Season 1 and Season 2 packaging within new slipcases. Both the Blu-ray and DVD sets contain 8 discs and feature all 26 episodes with a smorgasbord of extras. 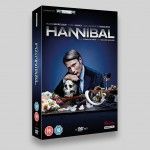