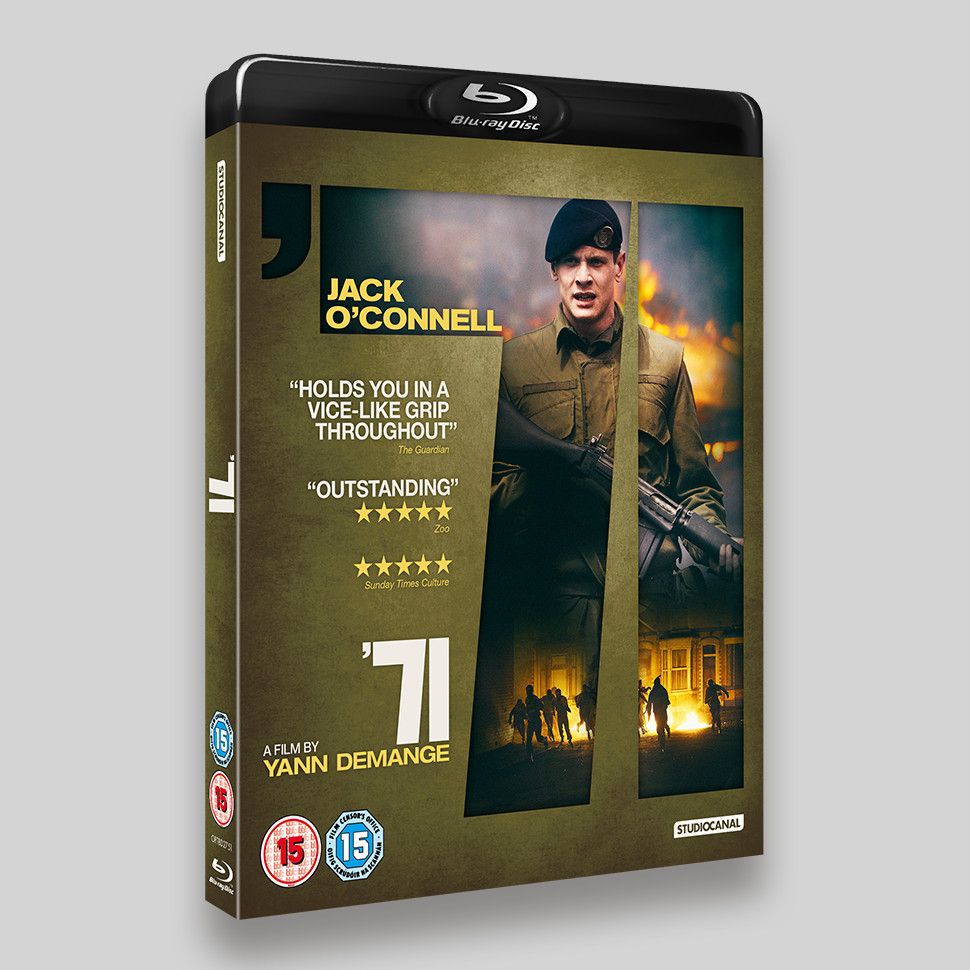 I started working on the initial packshot for ’71 back in August 2014 and the final artwork files have just been sent. It’s rare for me to spend so long on an individual title (unless the delays are due to production issues!).

The Blu-ray and DVD packaging has gone down a slightly different route to the Steelbook release. Although using the theatrical artwork as its base, we wanted to create something that had a more military feel. The colours were adjusted and a new textures were added to the background, giving it the khaki texture. There’s also a little adjustment to the composition in “’71” as well a colour change. Both the Blu-ray and DVD releases have a cardboard o-ring sleeve, which has an overall matt varnish with spot UV gloss. The Blu-ray has a cut down O-ring, which shows the black Blu-ray case at the top.

’71 is a 2014 British historical action film set in Northern Ireland written by Gregory Burke and directed by Yann Demange. It stars Jack O’Connell, Sean Harris, David Wilmot, Richard Dormer, Paul Anderson, and Charlie Murphy, and tells the story of a British soldier who becomes separated from his unit during a riot in Belfast at the height of the Troubles in 1971. Yann Demange recently won Best Director for ’71 at the British Independent Film Awards. 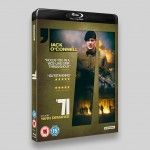 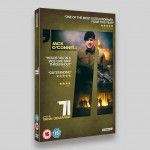