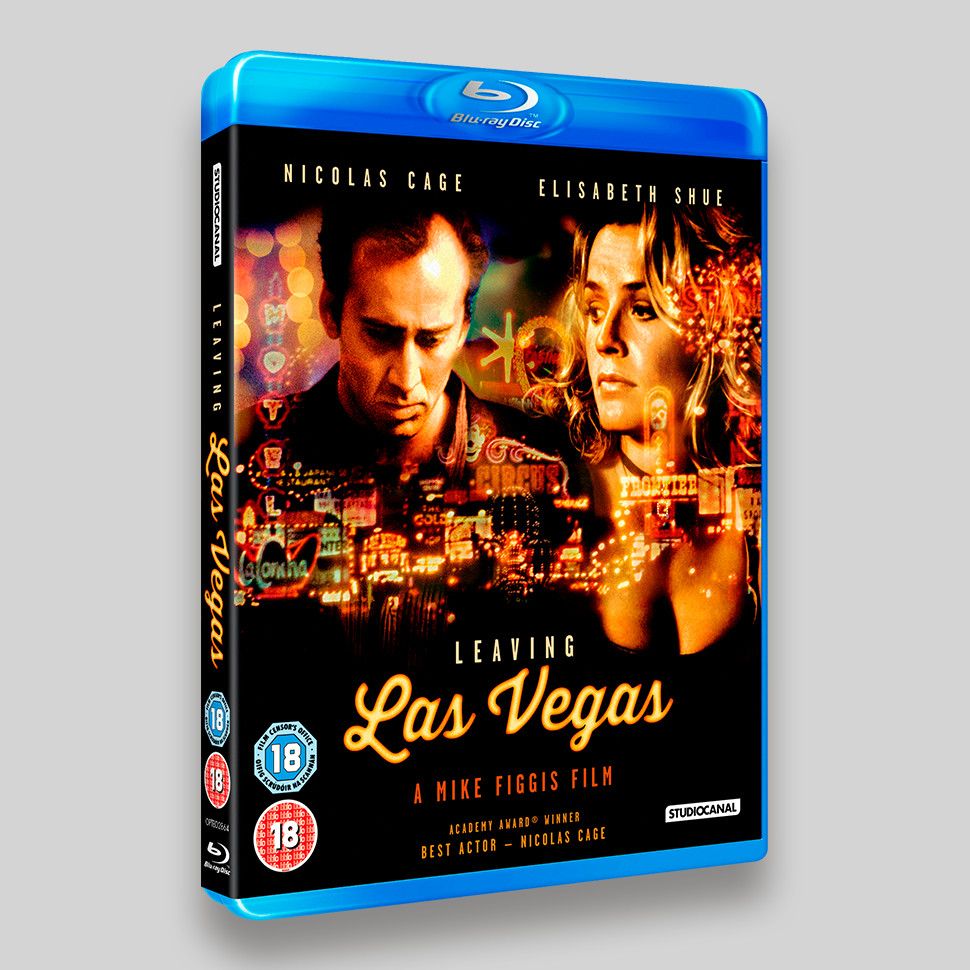 Working on the artwork for Leaving Las Vegas brought back some fond memories of watching this on it’s release. It features Nicolas Cage in an oscar winning performance and Elisabeth Shue as two disenfranchised souls. It’s an emotionally demanding and extraordinary film that was directed by Mike Figgis and received 4 Oscars and 4 Golden Globes nominations.

The artwork brief was to use the existing images an create an updated version of the previous well-known sleeve. I think the previous sleeves are very much of there time, with text book mid nineties use of type and imagery, how different could I make it without losing that same appeal? In reality of course, a lot is down to the assets and there does seem to be a problem with films of this time and the poor quality scans and the really red/orange colour caste. Rather than try and go against this, it seems to make more sense to go with it. The Vegas images are from really blurry small scans, so they were difficult to sharpen up. There are many photo library shots of Vegas skylines and lights, but we couldn’t use them, so this was all we had. 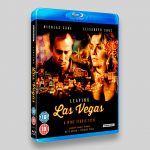 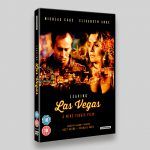