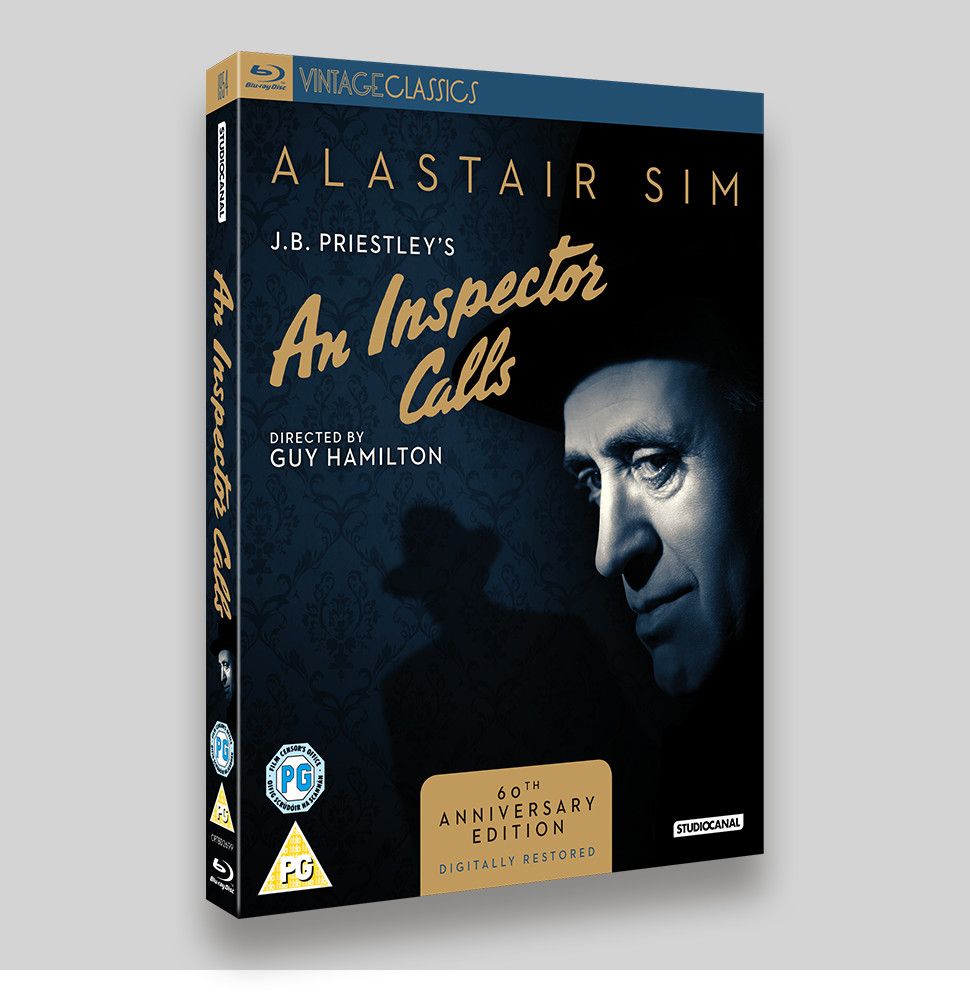 The most recent of the Vintage Classics I’ve worked on for StudioCanal, this BD and DVD O-ring release celebrates the 60th Anniversary of An Inspector Calls. Featuring the brilliant Alastair Sim as the inspector and directed by Guy Hamilton, this is the film adaptation of J.B. Priestly’s book and has been digitally restored.

I originally worked on a DVD version of this for Optimum Releasing back in 2010, so it was an interesting brief to rework a sleeve I’d been involved with. I knew there were very few good quality images around, which is why the 2010 release took the more graphic/illustrative form it did. However, Studiocanal were able to get hold of a great ‘new’ image of Alastair Sim which, with a bit of tweaking to the lighting, worked nicely as the main cover image.

The 60th Anniversary Edition is released on Blu-ray and DVD on 12th May 2014 (the original 2010 Optimum version is still available on DVD!).

An Inspector Calls, the 2010 version