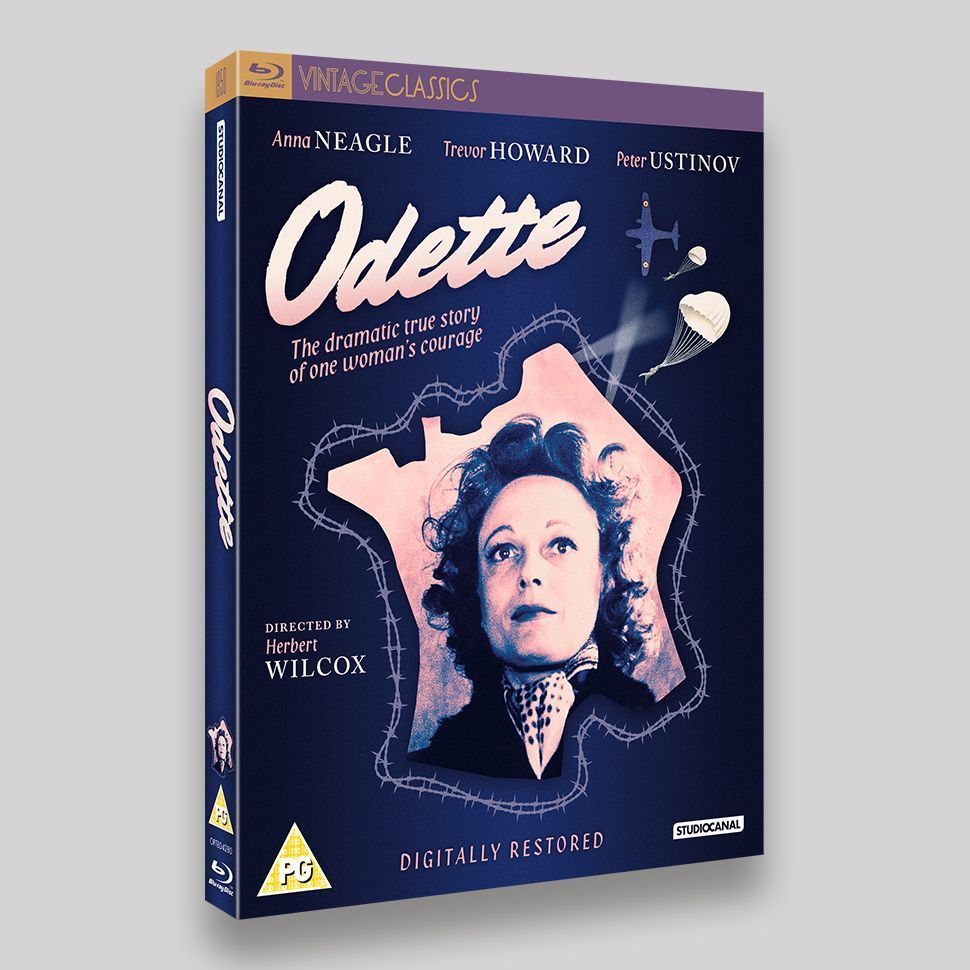 Part of the Vintage Classics series for Studiocanal, Odette is Blu-ray and DVD inlay and O-ring sleeves.

The brief was to portray Odette as a strong female lead character that previous sleeves had failed to represent.
Making use of supplied poster artwork for the title treatment, I researched the film’s old posters (finding some beautiful foreign versions) and created a modern interpretation that combined existing imagery with some new additional elements to meet the brief.

Odette is the moving true story of a French-born hero, Odette Sansom (Anna Neagle) who leaves behind her three daughters and life in Britain to return to her occupied homeland and spy for the Special Operations Executive during World War II. Smuggled into France to work with Radio Operator Alex Rabinovich (Peter Ustinov) and Captain Peter Churchill (Trevor Howard), Odette is thrown into an intense world of espionage. Working alongside the French Resistance, her cover is eventually broken and she falls into the clutches of the Gestapo.
A truly gripping and terrifying depiction of the war effort in Nazi occupied France.