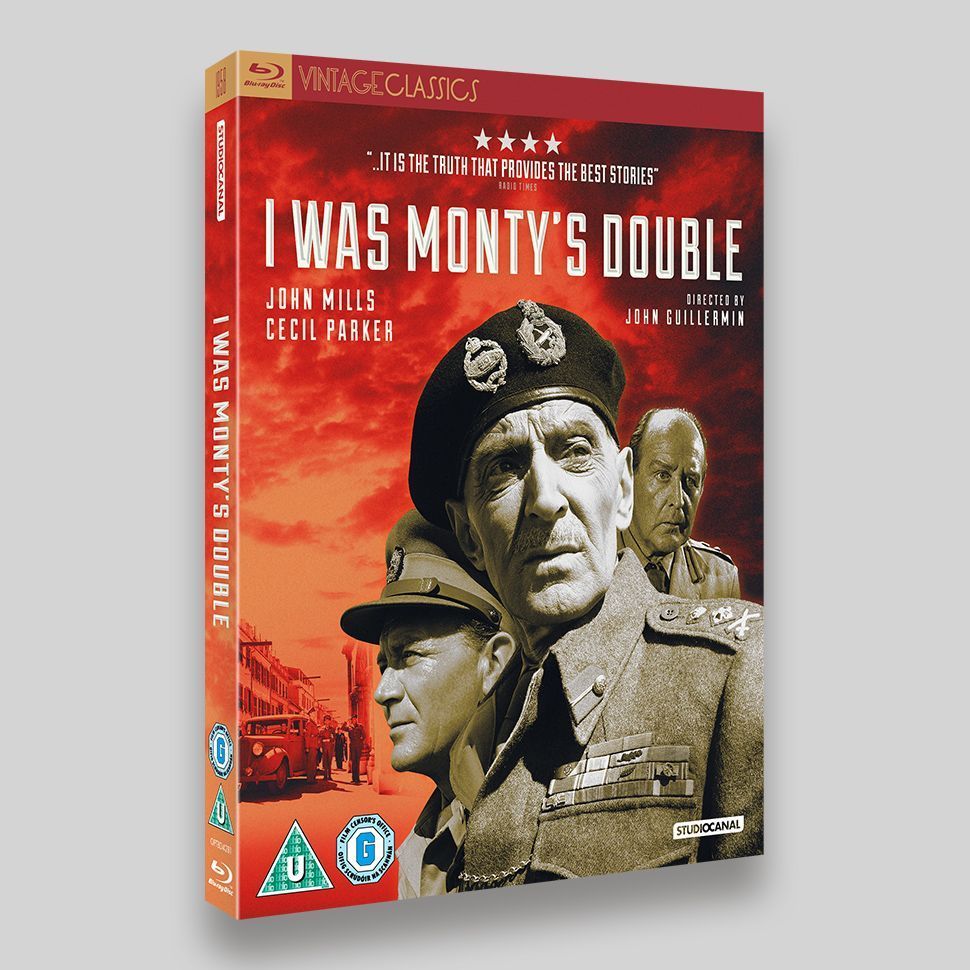 The original idea was to adapt the existing 1959 poster for this release. I really enjoy retouching and editing old poster and trying to emulate the brush techniques. However, the decision was made to keep it more within the style of the other Vintage Classic releases, so stills were used to create the front cover. This film was blessed with a number of great portrait shots of the actors, so the main ‘Monty’s Double’ image was easy to select and of good enough quality to use.

This classic movie directed by John Guillermin is based on the true story of one of the best intelligence operations of World War II. An actor, trained by Major Harvey (John Mills), is seconded to impersonate General Montgomery on a tour of North Africa. The plan is to divert the Germans’ attentions away from the real “Monty” and his plans for D-Day. Starring the real life actor and lookalike M.E. Clifton James and a formidable supporting cast including Cecil Parker, Leslie Phillips, Bryan Forbes and Michael Hordern, this is a gripping retelling of those fateful few weeks before the Normandy campaign.