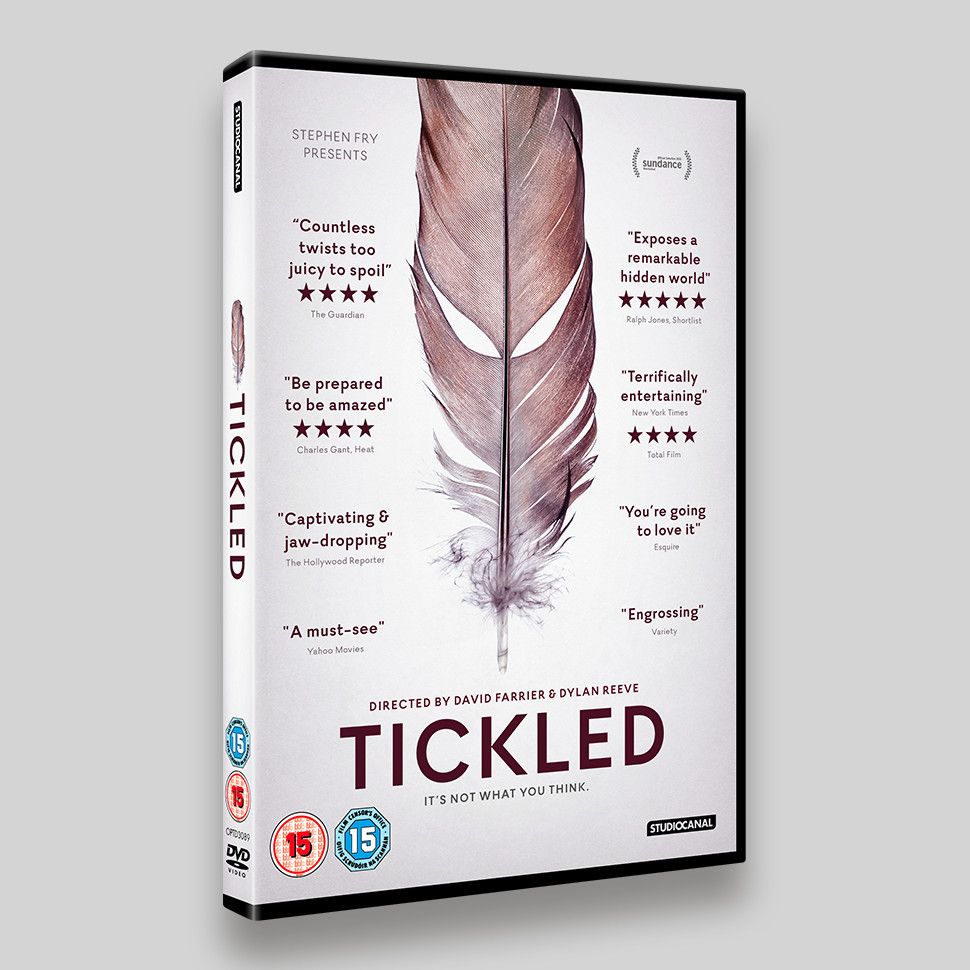 After stumbling upon a bizarre “competitive endurance tickling” video online, wherein young men are paid to be tied up and  Tickled, reporter David Farrier reaches out to request a story from the company. But the reply he receives is shocking—the sender mocks Farrier’s sexual orientation and threatens extreme legal action should he dig any deeper. So, like any good journalist confronted by a bully, he does just the opposite: he travels to the hidden tickling facilities in Los Angeles and uncovers a vast empire, known for harassing and harming the lives of those who protest their involvement in these films. The more he investigates, the stranger it gets, discovering secret identities and criminal activity. Discovering the truth becomes Farrier’s obsession, despite increasingly sinister threats and warnings. With humour and determination, Farrier and co-director Dylan Reeve summon up every resource available to get to the bottom of this tickling wormhole.

The design on the front of the sleeve used the existing theatrical artwork. Even though I didn’t create it, I wish I had. I love the subtle design, it was only until I removed the layer ‘eyes’ from the artwork did I see the sinister eyes in amongst the feather. Beautiful, simple and subtle.

I heartily recommend watching the trailer: http://tickledmovie.com and then buy the film, it was out on Monday (a great Christmas gift – well, maybe not for everyone!?).